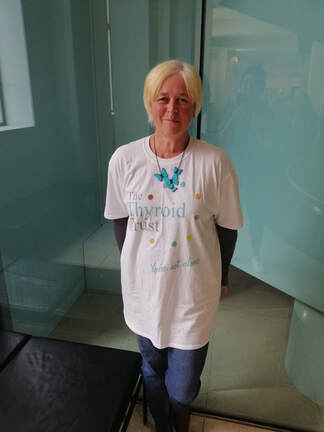 ​Karen George is a qualified librarian and information professional. Having gained a Masters from Aberystwyth, she joined the Civil Service in 1992 and has held a number of library and information management roles across government at departments including: the Treasury & Cabinet Office (1990-91); MAFF (1992-1997); the Dept of Health; (1998-2001), and the Home Office (2001-2013).
As Head of the Library & Information Team at the Home Office (2001-2007), Karen was responsible for managing a team of 22 across 3 libraries delivering all aspects of library and information services, including: enquiries; web monitoring; acquisitions and contract management (print and electronic); systems; marketing and publicity; information audits and customer liaison. Karen then moved into a strategic information management role at the HO covering the full spectrum of knowledge, information and records management. As Deputy Head of Information at the HO, Karen was responsible for drafting the department’s first group-wide information management strategy which was published in January 2010.
From 2014 - 2019, Karen was Knowledge & Information Management Lead at the Valuation Office where her remit included managing hardcopy records and the acquisition of all third party data used by the Agency.
Karen is currently Chair of the Government Information Group, which is a Special Interest Group of CILIP, the professional body for library and information professionals in the UK. She has held the post for 4 years and prior to that was Editor of the Group’s journal for 8 years.
During her career Karen has received a number of awards for her contribution to government libraries and information including: Information Professional of the Year (2005); Golden Candle Award (US)(2006); GIG Annual Award (2007).
Karen has been involved in helping run a support group for thyroid patients in London since 2012 and has personal experience of Graves' Disease, Thyroid Eye Disease and hypothyroidism.
​ 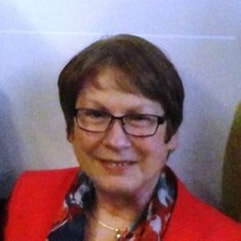 Judith Taylor, is Chair of The Thyroid Trust board. Judith  is a former publisher and director of the medical and scientific publishing company Elsevier where she worked for many years as an acquisitions editor for clinical medicine journals and books, including endocrinology, cardiology and patient education.
As a thyroid cancer patient/survivor she recognised the lack of good information and support for patients, and on leaving Elsevier she began working as a freelance medical writer specialising in patient information and science-to-public articles and volunteering for several patient support organisations. Current voluntary positions include Secretary-Treasurer of the Thyroid Cancer Alliance, an international umbrella organisation of national thyroid (cancer) patient support organisations, and trustee  of The Thyroid Trust. She is a former trustee/chair of the British Thyroid Foundation and a former committee member of Hypopara UK. She divides her time between the UK and the Netherlands and has dual British and Dutch nationality.
​ 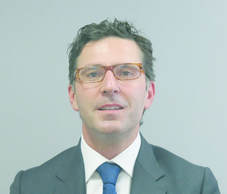 Professor Fausto Palazzo MS FRCS is a consultant endocrine surgeon at Hammersmith Hospital and clinical lead for Endocrine Surgery at Imperial College Healthcare. He has  one of the UK's highest practices in thyroid, parathyroid and adrenal surgery.
After qualifying in medicine in 1992 Mr Palazzo undertook basic surgical training in North West London and Essex and became a Fellow of the Royal College of Surgeons of England in 1997. After 2 years as research fellow at St Bartholomew's Hospital he was awarded a Master of Surgery by the University of London for a thesis on autoimmune thyroid disease.  On completion of the registrar training scheme in general surgery on the Cambridge and North East London rotations Prof Palazzo undertook three years of specialist endocrine surgery training in Oxford, Sydney (Australia) and Marseille (France). He was added to the UK Specialist Register in 2004.
Prof Palazzo teaches nationally and internationally on thyroid, parathyroid and adrenal surgery, has authored numerous book chapters and has over 100 peer reviewed publications on all aspects of endocrine surgery. His commitment to clinical practice, teaching and clinical research was recognised by Imperial College and he was awarded the title of Professor in 2019. ​
​ 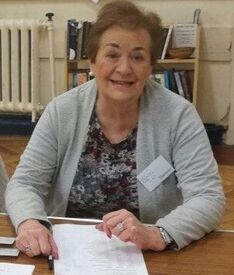 Theresa Baker is a retired senior nurse and has been volunteering with the
London suport group for thyroid patients since 2012, always providing wise and sensitive counsel and a balanced perspective as well as helping with many aspects of the smooth running of events. She has personal experience of hypothyroidism. 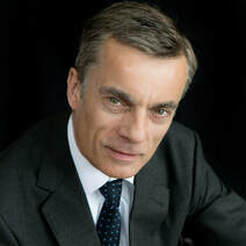 Dr Paul Jenkins, MA BChir MD FRCP, is a Consultant Physician and Endocrinologist at The London Endocrine Centre.
After qualifying with a degree in Medical Sciences at Cambridge University, Dr Jenkins undertook his clinical training at The Royal London Hospital. He worked at the internationally renowned Department of Endocrinology at St Bartholomew’s Hospital, where he gained unrivalled experience in clinical endocrinology. After completing his MD research degree he was appointed as Senior Lecturer and then Reader in Endocrinology and Honorary Consultant Endocrinologist. For over 10 years he also led the Endocrine service at Homerton University Hospital. Within the Medical School, he was Dean for Pre-Registration Doctors and an enthusiastic teacher of undergraduate students across all years. Widely published he has been awarded numerous academic grants for his research and lectured extensively in the UK and abroad on his findings before establishing the London Endocrine Centre where he is the Senior Consultant.
He has a particular interest in disorders of the thyroid, adrenal and pituitary glands, as well as diabetes. He has also developed considerable expertise in the diagnosis and management of chronic fatigue. He firmly believes in taking a holistic approach and involving patients in their care, for optimum treatment and joined the The Thyroid Trust board in order to provide expert support to the Trustees as we develop our work to help patients and work collaboratively with the medical profession.
​ 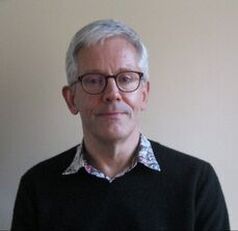 ​Treasurer, Stephen Hey,  qualified as a Chartered Accountant in Leeds and worked as Senior Manager for KPMG in London.  He moved on to appointments as financial controller for industrial and commercial organisations including APV plc, Dexion and Hogg Robinson plc.  Subsequently he worked on interim assignments, particularly dealing with group control and financial reporting for clients including SAB Miller, Reneuron and Consort Medical.

Since March 2015 Stephen has been engaged with part-time assignments in the voluntary sector, particularly with the Small Charities Coalition and KEEN London.  He joined the Thyroid Trust, as Trustee Treasurer, in February 2020.
​ 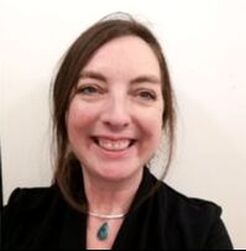 ​​Lorraine Williams gained over 20 years’ experience in management roles for commercial and not for profit organisations in London, including Cancer Research UK, where she was a senior fundraising and marketing manager before giving up full time work, due to being badly affected by  hypothyroidism. Her background is in magazine and digital publishing and brand communications. From 2011 she worked as a part time freelance consultant supporting a diverse portfolio of clients with marketing and communications related services. In 2012 she founded Mindful Thanet with a group of friends and has been running regular mindfulness and meditation sessions in East Kent ever since, committed to help share the benefits of this practice with others. She set up and ran a popular support group for thyroid patients in London from 2010 – 2014. In 2017 she accepted the position of Director of The Thyroid Trust, working with the Trustees, volunteer Team and supporters to launch and develop the new charity, which works hard to raise awareness and improve understanding of  thyroid health issues, advocating for patients, encouraging broad expression of patient experiences, running regular support and information events and producing videos, with high calibre speakers, as well as facilitating good quality peer support.  She recently interviewed the author Michael Rosen about his experiences with hypothyroidism and along with him has had some of her poetry about thyroid disease published in Fahmidan Journal, marking World Thyroid Day 2021

Dr Andy Clempson was previously a Senior Research Policy Manager at the Association of Medical Research Charities (AMRC). His role involved exploring the implications of policy on research, the importance of forming strong collaborations with other funders, academia and industry and the role that charities play in putting patients and the public at the centre of decision making.  He works with a broad range of organisations across the research and policy environment as well as handling aspects of charity governance and data protection.
Following his undergraduate degree in Human Biology, Andy completed a PhD in genetics at the Royal Veterinary College. He then moved into the charity sector gaining experience at a number of organisations in research management, peer review and the grant giving process before joining AMRC.
Andy has personal experience of thyroid disorders with three members of his family affected. He is also a keen gardener (with mixed success) and grow-your-own enthusiast. He kindly served as a Trustee for The Thyroid Trust from until 26th June 2020 and remains a good friend and advisor.
​ 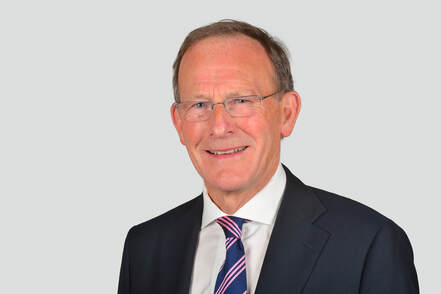 Dr Anthony Toft,  CBE, LVO, MD, FRCP,  was a source of wise counsel to The Thyroid Trust from our early days, giving one of our first patient talks which has since been made into a popular Thyroid Trust Information Video #ToftTalk. He kindly agreed to be our Honorary Counsel, as he continued to provide us with his invaluable support and guidance.
Dr Toft was a Consultant Physician with an interest in Endocrinology, and especially thyroid disease, at the Royal Infirmary of Edinburgh from 1978 until he retired from the NHS in 2009.  He has been President of the Royal College of Physicians of Edinburgh, President of the British Thyroid Association and between 1996 and 2009, Physician to Her Majesty the Queen in Scotland.  He retired from private practice in March 2019.
He has published widely in the most prestigious medical journals and textbooks on the clinical management of patients with thyroid disease.
His book ‘Understanding Thyroid Disorders’, written for patients and published by the British Medical Association, has sold over 250 thousand copies.
He was appointed CBE for services to Medicine in 1995 and LVO in 2009.
His clinical interests are: He has considerable experience in all aspects of endocrinology, his major contributions to the literature lie in the field of thyroid disease (hyperthyroidism, hypothyroidism, goitre, thyroid nodules and thyroid cancer). He is particularly interested in identifying those patients with hypothyroidism who might benefit from treatment with both Levothyroxine (T4) and Liothyronine (T3) (Triiodothyronine), rather than with the usual treatment of Levothyroxine alone.
In December 2017 he wrote a powerful article published in The Journal of the Royal College of Physicians Edinburgh entitled 'Thyroid hormone replacement - a counterblast to guidelines'.
Dr Toft is now enjoying his retirement from medicine and particularly his garden.  We will be eternally grateful for all his support and friendship.