​One of the best-known figures in the children's book world, Michael Rosen is renowned for his work as a poet, performer, broadcaster and scriptwriter. Michael is The Thyroid Trust's first Ambassador and very kindly agreed to be interviewed for our 24 Questions series #TTT24Q in 2021. You can watch the video below. He also very kindly agreed to us sharing the below poem with Fahmidan Journal for their special World Thyroid Day issue - out 25th May 2021.
He has already written a moving prose poetry book about his experiences of hypothyroidism and recovery.

In This is Not My Nose, Michael tells the the story of his long undiagnosed illness - a malfunctioning thyroid gland - which turned him into somebody he could hardly recognize: large, lethargic, ill at ease in the world.  After 15 years it took just a simple prescription of levothyroxine for him to be restored to "the real Mike Rosen" once again.
Painful, funny, scrupulously honest, these are poems that touch the heart but deal with the profoundest matters.

This book is a companion volume to Carrying the Elephant, which is about his upbringing and the tragic and sudden loss of his 18 year old son to meningitis.

You can also read about his Covid19 experiences in this  Guardian Interview.

Michael very kindly contributed a new poem about his experience with hypothyroidism to a special issue of Fahmidan Journal, published on World Thyroid Day, along with many of our thyroid friends. The issue includes a foreword and more thyroid poems from our Director Lorraine and Fahmidan Journal editor, Anthony Salandy.

​Michael's poem is below. 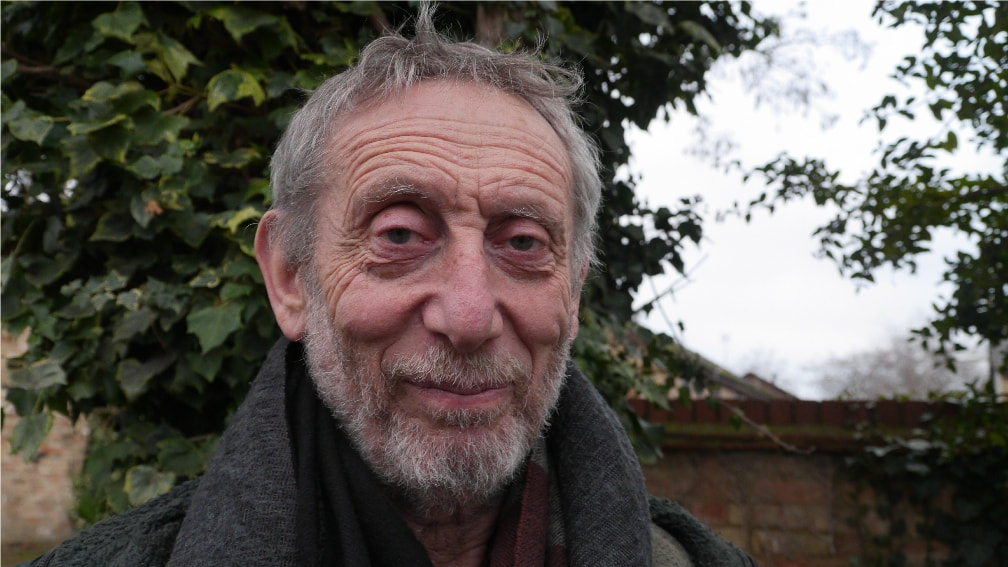 Over fourteen years
I slowly puffed up.
My eyelids, fingers, lips
puffed up.
I felt constantly cold.
My voice went gruff
My hair went wiry.
I slurred my speech.
My face was a white moon.
I slowed down.
I became a snail.

The doctor said it was my kidneys.
I went to the Renal Department
so that they could look at my kidneys.
The kidney doctor stared at me.
He said, ‘I think that’s a rubbish.
You’re hypothyroid.’

I remembered ‘hypothyroid’.
In the two years that I did medicine
about 16 years earlier.
There was a text book
and on the thyroid pages
there was a picture of a woman:
before and after.
Moon face, before.
Lean, bony face, after.
After treatment.
The kidney doctor got the students in,
‘What’s he got?’ he said.
‘Kidney trouble, sir.’
The kidney doctor blew up.
‘Just because we’re in the Renal Department
doesn’t mean that his kidneys have failed.
Check his pulse, feel his skin,
get him to talk!’
They did.
They didn’t know.
‘It’s hypothyroidism!’ he shouted.

He sent me to the Metabolic Unit.
They took some blood.
I came back a week later.
The Metabolic doctor was called
Dr Gesundheit.
(No one believes me when I say that
I had a doctor called Dr Gesundheit.)
I asked him how he got his name.
He said, ‘Same as I got my genes.’
He opened my file.
‘Technically, you’re dead,’ he said,
‘your reading is so low,
you should be in a torpor.’
He was American.
He said ‘torpor’ in a very American way.
He said, ‘You have to come in now.
Really. It’s urgent. You could pass out
at any moment.
You could be in a torpor.’
I was glad he said ‘torpor’ again.

I joined the Metabolic Unit.
I shared a ward with a boy who hadn’t grown;
a man who found that some bits of him started growing
while the rest of him stayed the same;
a woman who had turned into a ball
well two balls, actually
her head and her body
and she had no neck.
They looked at me and said,
‘You look bad.’

​You can read more thyroid patient stories and perhaps submit your own to our patient registry, if you'd like to, on our other Patient Stories pages.