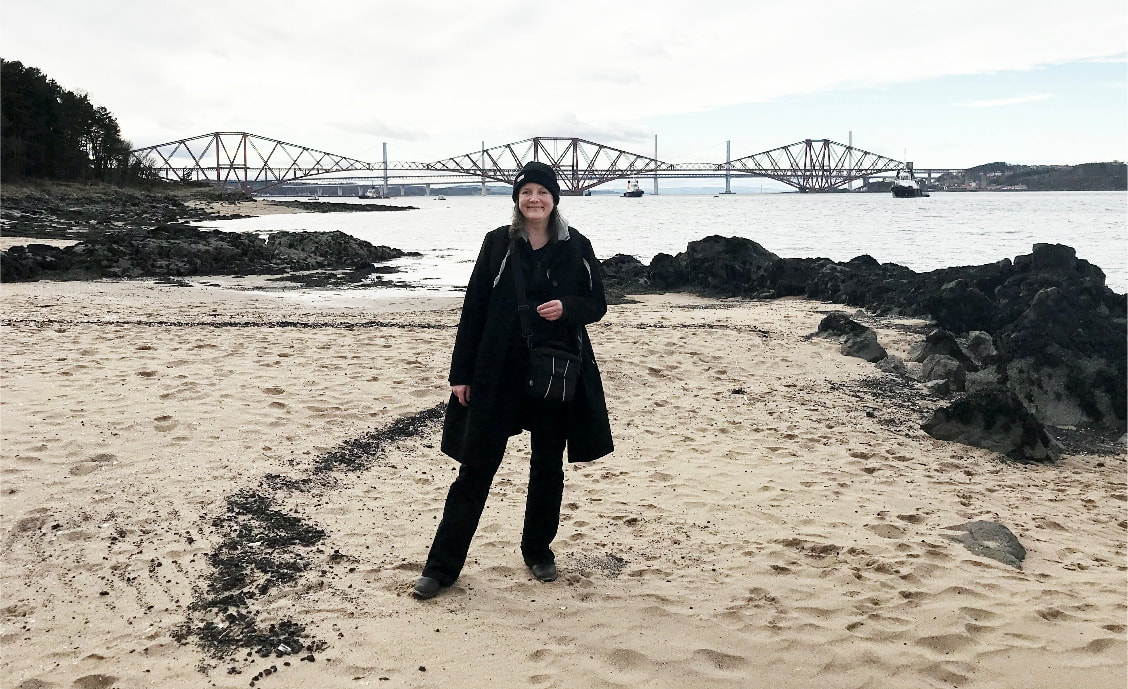 Compared to some of the other patient stories I feel I got away lightly. Nevertheless I thought I’d share what happened on my journey with thyroid disease.

When I was 26 I had glandular fever. It took me a long time to get better from it and when I eventually did, things went weird again. I slept less and less, felt very restless and got anxious around other people.

So I took myself to the doctor, and after some tests they realised that something was wrong with my thyroid. They sent me to a specialist and he explained that I had Hashimoto’s disease, an autoimmune condition where the body attacks its own thyroid and makes it permanently underactive. I said, but wouldn’t my symptoms rather match an overactive thyroid? I had read up on it in the meantime, to figure out what was going on with my body.

I found out that sometimes the thyroid can overreact at first, so the symptoms I had were confusing. I was put on thyroid hormones, which I took ever since. This illness often appears in women over 40. There is a suspicion that the glandular fever kicked off my Hashimoto’s early.

For about 13 years I had no problems at all, I just took that little pill once a day, and I never even had any underactive symptoms. I went straight from an overactive thryoid reaction to feeling normal again.

When I was around 40 something changed. I had no idea what it was, but I began feeling very panicked. Just feelings of anxiety and I wasn’t always sure what was causing them. I began to get concerned as this got worse over time. One day I was sitting on Arthurs Seat with a friend, it was a stunning day and I had every reason to be happy. I was feeling anxious though, like there was some kind of problem. And that’s when I suddenly thought, wait a minute, maybe this is my thyroid?

So I took myself to the doctor and they found that my thyroid levels were not in the range they considered normal, but quite far out. And so began a time of absolute misery. No-one knew why the thyroid was behaving abnormally. We changed the dose and it went the other way. I was going from underactive to overactive and back again. They did full blood and hormonal checks and couldn't find a cause.

I began to sink into a depression. For about 3 months I didn’t ever feel okay and just tried to get through the days. I was a lone parent with a nine-year old daughter. She was lovely and I managed to care for her still, but I spent my days just feeling sad and despondent. I remember my daughter coming home from school with me slumped by the radiator, a little pile of misery. Luckily I had taught her to be independent, so she took herself off to her room happily and wasn’t affected by my struggle.

I also remember around that time cooking a meal for us both, and not being able to taste it. It tasted of cardboard, and I later learnt that this can be a sign of depression, too. I kept attending specialist appointments at the Royal Infirmary. I was told I had fluctuating thryoid syndrom, and that they had no idea when I’d get better.

The depressive phase was followed by a phase of severe anxiety. Everything was affected by it. I was so envious of people who didn’t constantly feel fear in their stomach and measured my days by how many anxiety attacks I got. I would take myself to bed and stare at the ceiling, waiting for this wave of utter panick to wash over. I also lacked concentration and couldn’t work well. This was accompanied by guilt as I wasn’t functioning properly.

I ended up cancelling all performances that were coming up and I never got back to stage performing much since. The one public performance project I managed to continue was playing piano on the streets and I am happy about this as it is very close to my heart.

After some time the thyroid began to settle down and slowly it all got better. It took years, but I really don’t feel affected by it as much now, certainly not in such a debilitating way. Having said that, I wonder if it will ever go away completely. Has my mind adjusted to the new reality of feeling anxious for no reason sometimes and made it a habit? Or is the thyroid still giving me some symptoms even if the blood levels are in what is considered the normal range?

What happened to my psyche in that time? Did something get damaged? Or am I normal now and would feel this way anyway? The thyroid certainly likes to keep you guessing. It makes you doubt your own mind.

Its a strange little organ and damage to it can have a devastating effect on lives. I am so glad that there is an organisation now that supports sufferers. Many thanks to The Thyroid Trust for all the good work.